In this video I’ll explain what the 1980s was like as far as phones went, and we’ll look inside this massive brick phone – does it still work? Will it switch on? What’s inside it anyway?

Phones today are so common you’re more likely to get funny looks if you don’t have one. But that wasn’t always the case. Mobile phones had been thought up, but they worked more like CB radios. You had to follow radio rules to use them and have a licence. There’s this fantastic old Tomorrow’s World episode you should go and watch. Especially the bit where his call goes wrong and some randomperson cuts into the call.

There’s no way your average worker would spend three month’s wages on a phone, especially when nobody else had one. This is the era where phonecalls cost money. Talk was expensive, so you did it at prearranged times and made sure you had something to say.

So it’s an expensive yuppie status symbol, like a sports car or private jet. If you owned one yourself, you were loaded. If you had a company one, you must have had some high up executive job that warranted you being given one, along with your company car. Or you were some sales guy living out of his car selling washing machines and needing the phone.

It’s completely analogue. There’s no 3G, 4G, it doesn’t even do GSM. So what did it do? Well it’s called 1G because… it was the first generation.

There were several systems known as TACS for Total Access Communication System, and ETACS, created by Vodafone, Ericsson, and Cellnet. Yes, these are all the same names that exist today. Although interestingly Cellnet used to be called Telecom Securicor Cellular Radio Ltd. It was formed from the security company Securicor (who have now been absorbed and mutated into G4S) and British Telecom. If you were a Cellnet user, you’ll have noticed at some point it turned into BT Cellnet, and then O2.

The network was all analogue, and used frequencies between 935 and 949 MHz for the cell towers, and 890 to 904 for the handsets.

SIM cards didn’t exist, the handsets had their identifying numbers programmed into them.

This wasn’t a fashion phone to upgrade every year.

Could you do anything beyond making expensive phone calls? No. That was it.

And that’s how important these devices were. Normal people used payphones. Normal British people didn’t even have pagers.

Making phonecalls in the 80s from outside your house was awful. Having a magic box to carry about must have been amazing.Merely owning one was enough. It didn’t need to do anything else.

So there we go, a look inside a 1980s yuppie status symbol. Feel free to tell me about your stories of mobile phones in the comments.You know, I remember seeing some guy on the bus in the mid 90s on his phone and I remember thinking “what a showoff”. And then in 1997pay as you go came along, Nokia plopped out successive cheap iconic handsets and seemingly overnight everyone had a phone. It happenedso fast, I’ve never seen anything like it.

Noticed how in science fiction stories we alway miss mobile phones being a thing? Sure, we have the idea of personal communicators inStar Trek, but they were more like 2-way radios. Or you might have some sort of pager device, but nobody seemed to predict the entireplanet owning a personal phone number as if it was completely normal. 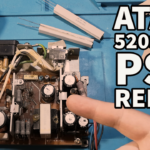 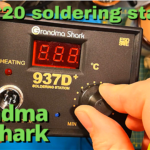 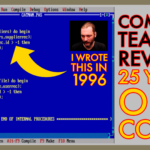 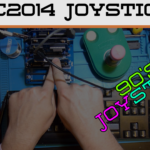