This week I have literally been hacking smart home devices. With a Dremel and a knife…

To see why you’ll have to wait for a video coming out sometime this month or next month depending on the post. The short version is I want these to run Tasmota instead of the Tuya firmware they come with.

One of the plugs was actually properly fused shut in such a way even Apple would have thought it extreme, so after nearly losing a finger twice I broke out the Dremel.

Once some supplies from China have arrived they’ll get flashed. These plugs have non-ESP8266 based chips in them now, so you can’t put Tasmota onto them, instead you need to buy a new microcontroller board and swap them out. This isn’t a job for the faint hearted.

The plastic on their casing isn’t very thick, and pressed up against it is the main PCB and some components so care is needed to cut through just the plastic and not anything important. After the brain swap is done I’ll use some five minute epoxy to glue the lid back on. 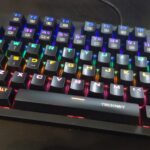 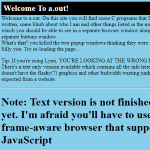