I have aspirations of actually making a game for my Spectrum Next. It’d be nice to turn the learning I’ve done into something more than a bunch of videos.

This is not a blog post about making a game, this is a blog post about keeping notes. A few months ago I created a pretty nice template for a Spectrum Next game. It had a little state machine for different screens, an input handler and some text printing routines for debugging.

I’ve just cloned the git repo it lives in, ready to make a game from it and came across a bit of a show-stopping problem. My build system called a tool known simply as bmp2fon and it was missing. And I had no clue at all what this tool was, what it did or more importantly where I got it from.

Was it something I’d written, something I’d found online, or something someone had given me in a long forgotten late night Discord conversation? Clearly I once owned it because it was an integral part of the build system I had.

After far too much digging around I discovered it was code I’d written and it was stashed inside some random project’s source folder, totally unlabelled. And it’s actually part of my text printing routines. Can’t quite figure out how my build system worked since the tool wasn’t in a place the Makefile was even looking.

Always document your stuff, even if it’s a small thing. If it does a job, at least bother to write a short readme that says what the thing does and a link to where it came from. Future you will appreciate it.

Now, back to trying to design a game… 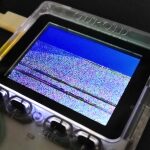