I feel like over the past year I’ve swapped more broken drives from my NAS than any other bit of gear I own. So seeing how it’s the end of the year, let’s poke around and see how long the drives in my NAS have actually lasted.

Did I get a bad batch, are the drives actually failing in a reasonable time, how come I’m so unconcerned my drives appear to be dropping dead?

This is not a good thing to see on your NAS, but it’s also not immediately fatal. RAID is not a backup, but it is reassuring knowing one of my drives can die and the machine just carries on.

Let’s find out how long I’ve had some bits of kit, starting with the drive that died. Here’s its sticker…

Yes, you read that correctly. 2010. This drive was made in 2010. It failed in 2022. I guess that’s what happens if you buy enterprise quality drives then. Things aren’t as straight forward though, I didn’t buy it in 2010. Back then I didn’t even have a NAS.

Here’s the original order for the hardware in my NAS. You’ll notice it has four Seagate desktop hard drives. I think they’ve all died now, most of them failing to power up after being switched off due to sticking spindles.

This is the drive that just died today. It was a “clean pull” from something so wasn’t brand new, and I bought it in 2015. I think we can allow it to die after seven years of 24/7 usage. That’ll do drive, that’ll do.

But wait, there’s more. There’s an advantage of buying your gear from places that store all your order history.

It appears a year later I bought another desktop drive. Yeah it took me a while to learn this. Don’t worry, I get there eventually.

It takes a further five years before another drive fails. If a NAS has all its drives replaced, and the data is moved onto the new drives over time, do you even still own the original data?

However it then only takes a year before the next drive dies.

And then four months later the drive I just replaced bites the dust.

Right now my NAS is busy rebuilding the missing data using the utter magic of RAID. RAID is not a backup, but my god it’s pretty clever watching how it just literally makes up the missing data off the dead drive using clever maths.

Nobody so much as look funny at the drives, they’re very busy and very very vulnerable right now. If a drive dies during this period of rebuilding, I will lose data, and rebuilding the data thrashes the drives pretty hard for a long time.

I might consider rebuilding my NAS in the summer, it needs more space and I’d like a hot and cold spare ready to go. I’m not running out of space, but the motherboard I’m using only has four sata ports. 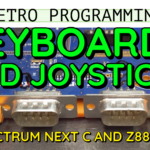